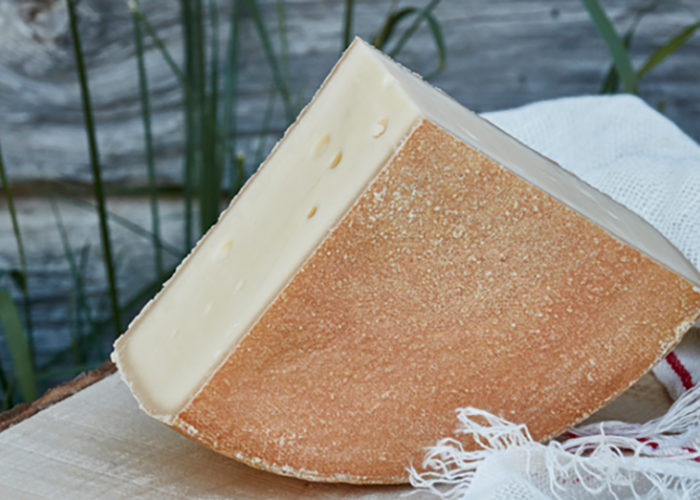 Alpine cheese has been made since 1886 in the Casharia Lumbrein. Mario and Ina Albin have run the cheese dairy since 1996. In addition to Alexander Casanova, eight other organic farmers deliver their milk daily in cans. In summer, the milk flows directly from the mountain pasture to the village cheese factory via a pipeline. The farm is one of nine spread over the entire Graubünden region, selected by the so-called Bündnerkäse organization (SOBK). They are all perched at an altitude of at least 1,000 meters. Mario transforms the delivered milk within 24 hours. He makes his cheese traditionally in copper vats and by hand; essential criteria of the name “Graubünden organic mountain cheese”.

Where a smile is the best seasoning
BOOK A TABLE